The Chinese government has taken the rare step of formally confirming to the UN the death of a Uighur man whose family believe had been held in a Xinjiang internment camp since 2017.

More than one million people from the Uighur and Turkic Muslim communities in the far western region of Xinjiang are believed to have been detained in camps since 2017, under a crackdown on ethnic minorities which experts say amounts to cultural genocide. The Chinese Communist Party (CCP) has repeatedly refused requests by international bodies to independently visit and investigate the region, despite growing international backlash. 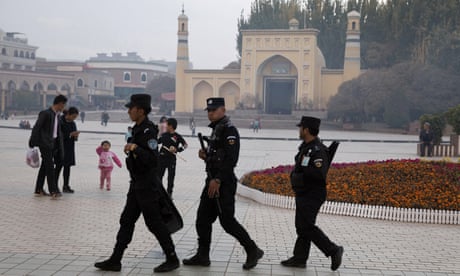 Abdulghafur Hapiz’s disappearance was registered with the United Nations Working Group on Enforced or Involuntary Disappearances (WGEID) in April 2019, but the Chinese government didn’t respond to formal inquiries until this month. When it did respond, in a document seen by the Guardian, it told WGEID that the retired driver from Kashgar had died almost two years ago, on 3 November, 2018 of “severe pneumonia and tuberculosis”.

“I don’t believe it,” his daughter, Fatimah Abdulghafur, told the Guardian. “If he died of anything it would have been diabetes.”

“I know my father’s health and I’ve been talking about his health issues. He had a (tuberculosis) shot.”

Abdulghafur, a poet and activist living in Australia, said she last heard from her father in April 2016, when he left her a voice message on WeChat saying: “‘I have something urgent to tell you please call me’, but when I called him back he wasn’t there.”

Abdulghafur believes her father was sent to the camps in March 2017, and had been advocating for his release, or at least information on his whereabouts ever since.

“I was frantically looking for my father, when he was already gone. It’s also really sad because I couldn’t speak to him before his death,” she said. Authorities gave no information about his burial, or the location of his body. 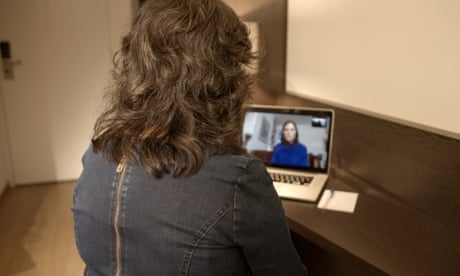 She said the formal acknowledgement of his death was significant for the Uighur community not just because it was an extraordinarily rare response – other than state media reports targeting their claims – but because it brings hope and potentially legal recourse. No mainland human rights lawyer will go near the sensitive Uighur cases she said.

“This is an official letter from the government given to the UN, so I can take this letter to maybe an international court to say this is my evidence, and let the Chinese government show their evidence.”

“To me it’s a major personal success. I’m not sure who can help me but I’m searching.”

One of thousands of Uighurs now living in Australia, Abdulghafur said it’s not safe for her to contact her family in Xinjiang directly but had received some messages via third parties over the years.

The WGEID also enquired after Abdulghafur’s mother and two younger siblings, who have also disappeared, and Abdulghafur said authorities reported back that her 63-year-old mother was “leading a social, normal life”.

“I haven’t been able to speak to her at all. That’s another lie,” she said. “She is at home, I’m sure of it. But she’s not living a normal life. I think she is under house arrest.” 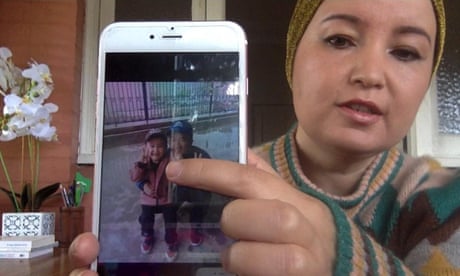 Abdulghafur said while she applied anonymously to the WGEID to investigate her family’s disappearances, her sister in Turkey had asked the Chinese embassy in Istanbul for information, but was harassed and intimidated after being told to hand over her personal details.

In its 2020 report the WGEID urged China to provide information to families and legal groups on missing Uighurs and said “failure to do so amounts to an enforced disappearance”.

China’s crackdown on Xinjiang is expanding, according to new research which revealed hundreds of new detention camps and the destruction of thousands of mosques and other cultural and religious sites. It follows revelations in recent months of forced sterilisation of women, and expansions of forced labour programs.

The CCP has consistently denied the accusations against it, and says the camps are vocational training centres built in response to religious extremism.

Last weekend CCP president Xi Jinping said his policies in Xinjiang were “totally correct”, and education of the population was “establishing a correct perspective on the country, history and nationality”.

“The sense of gain, happiness, and security among the people of all ethnic groups has continued to increase,” Xi told a CCP meeting.

“As long as he stays in power it will continue, and the world will watch all the Uighur people disappear one by one,” said Abdulghafur.

“They are fully armed to either completely get rid of us or completely make us one of them, like complete assimilation. There is no in-between pathway.”

Are Uyghur Muslim Organs Being Illegally Removed to Save China’s Coronavirus Patients?

China Doubles Down on Xinjiang Policy Amid Reports of Cultural Erasure.

Boy you are so funny 😄. Does your 🇨🇳government respect the law?

#China #Australia https://t.co/Lj1bCdsQ9Y
View on Twitter
1
4
Abdugheni Sabit · 3 days ago
@AbdugheniSabit
The #China 🇨🇳 Ambassador referred to #Uyghurs as “terrorists and separatists,” prompting one brave Uyghur Australian to stand up and say: “I am Uyghur, I am not a terrorist, stop the genocide.” University security bundled him out while screaming at him.

#UyghurGenocide #Uyghur https://t.co/n94grHEZCa
View on Twitter
14
21
Abdugheni Sabit · 2 weeks ago
@AbdugheniSabit
At Item 2, Interactive Dialogue of the the UN Human Rights Council 50th Session. The Türkiye’s delegation condemned #China's repression of the Uyghurs and demanded the publication of the High Commissioner's report on the #Uyghurs.

#Türkiye 🇹🇷 #UyghurGenocide #Uyghur https://t.co/HOr5yFt0de
View on Twitter
2
3
Abdugheni Sabit · 2 weeks ago
@AbdugheniSabit
A Jewish man holds up a sign and hands out leaflets about the 3 million #Uyghur Muslims in Chinese concentration camps and in slave labour in #China.